I'm looking for
product
in a size
size
. Show me the
colour
items.
Super Search

Flight Simulator development has many challenges, and rewards.  One of the biggest challenges is adapting to the many types of development needed, to create Flight Simulator add-ons.  The creation of a single aircraft, contains so many different types of development, that the task can quickly become complex.  Modelling, texturing, coding…  Flight engineering, audio recording and manipulation, writing and documentation. The process is seemingly endless.   I guess this is one of the reasons that a release is so rewarding.  The culmination of these tasks, and the enjoyment shared by other hobbyists, is truly the reward of the developer.  For me, it’s preserving the history of these aircraft, that’s the greatest pleasure.  During R&D, so much is learned, or remembered. Among aircraft, countless hours are spent reading, researching, and studying a particular example.  Oftentimes the subject is rare, or hard to access.  Such is the case with a couple of our current projects; 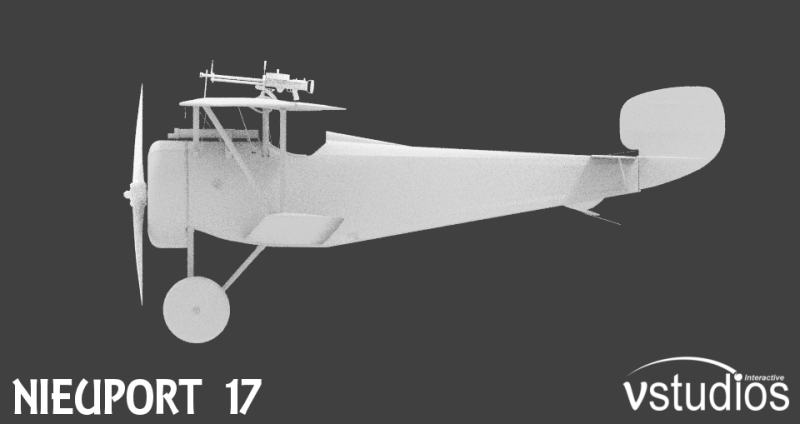 My focus has been turned to the Nieuport 17.  The center-piece of this aircraft, for me, is the LeRhone 9J Rotary engine.  A 9 cyl. masterpiece of engineering for it’s day, the engine produced 110hp for the little Nieuport.   With the Vertigo Studios development, no detail has been spared in replicating this engine.  As other rotaries, the crankcase and cylinders rotate around the crankshaft!  The Engine is fully animated, and will contain some pretty neat systems features! 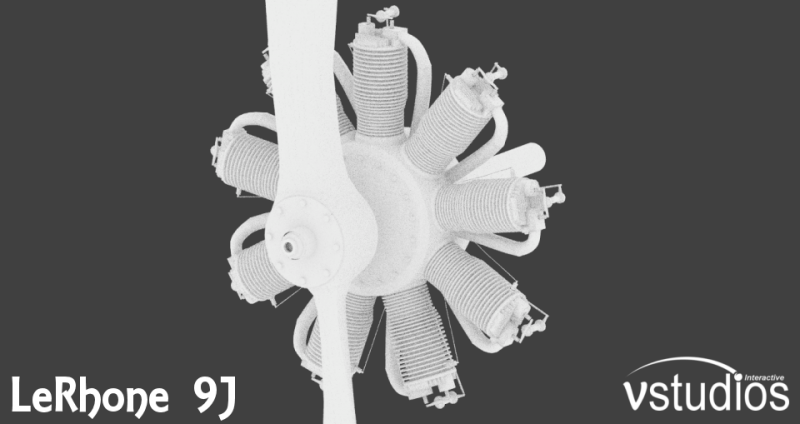 For the first-time in payware development for FSX, a unique Max-Blender-FSX workflow has been established, allowing us to maximize efficiency, and development features. We look forward to providing some pretty nifty perks in our developments.

For those of you who may be questioning the timeline(s) of this, and other projects.  Let me be specific, and say that we’re in for a pretty good year!  My development work on the Spad, and Nieuport has opened up Deano’s time, allowing him devotion to some of the other much anticipated releases! I’ve seen some pretty awesome renders in the past several weeks, and when the time is right, I’m sure we’ll have some goodies to show you!

For those of you who respect the Nieuport development, I encourage you to offer your wants and wishes!  We’re on the home-stretch with the N.17,  and we would like bend our ear to the customer, and ask. “What would you like to see?”

Currently, some of the particular items on the list of features;

That’s all for now.  We look forward to your feedback.
Until my next writing, blue skies!